Harry in county team which falls at the final hurdle 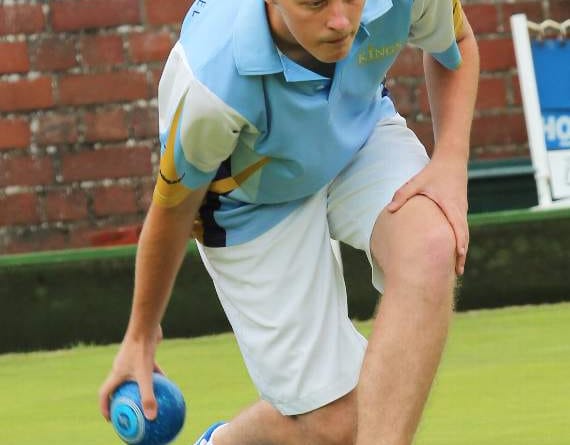 Reigning champions Devon beat semi-final opponents Buckingham­shire 145-94 in the morning session before losing out in the afternoon, after the extra-end rule in the winner-takes-all-clash with Leicestershire.

In normal play, the match had ended in stalemate 119-119 after Jamie Chestney’s rink of Tom Davies, James Hampton and Stuart Evans conceded four shots on the last end of his game with Alistair Hollis. This resulted in an extra end across the board and, disappointingly for Commonwealth Games medallist Chestney, his rink carried on where they left off in dropping five shots. It was a massive blow and Leicestershire, 9-1 up after the extra end, lifted the trophy for the first time in 54 years.

Harry included to bolster county side

At Leamington, Harry Goodwin played ahead of Ollie Lucas, Colin Woodc­ock and behind skip Griff Sanders in the semi-final defeat Trevor Room (Bucks) 30-11 and, in the final, they beat Shane Hayes 20-19 and then won the extra-end against Hayes 1-0.

On the day, Sanders and Goodwin could have done no more – they were both terrific.

The men’s and ladies England championships continue for another week.