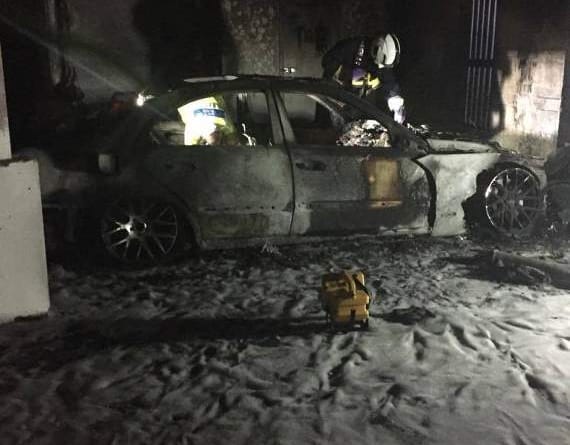 The burnt out car ()

A man has pleaded guilty to arson following a fire under a block of South Hams flats.

Cody Ackland pleads guilty to the murder of Bobbi-Anne McLeod

Jason Pengelly, 33, of Raleigh Road, Salcombe, admitted arson with intent or being reckless as to whether the life of another would be thereby endangered at Plymouth Crown Court.

The car was set on fire in the parking area under Crabshell Heights, Embankment Road, Kingsbridge, on Friday, June 22.

Pengelly appeared in court on Monday, August 6. William Parkhill, for the defendant, said his client had been suffering with a drug addiction for 10 years, leading to 14 convictions for theft, shoplifting and possession but had kicked the habit in 2012. He said Pengelly had not been in trouble since, something which he said made this incident "all the more depressing".

Recorder Michael Meeke adjourned sentencing for probation and psychiatric reports, focussed on whether Pengelly was a danger to the public. He warned Pengelly a jail sentence was "inevitable".

Pengelly was remanded in custody until Thursday, October 4.