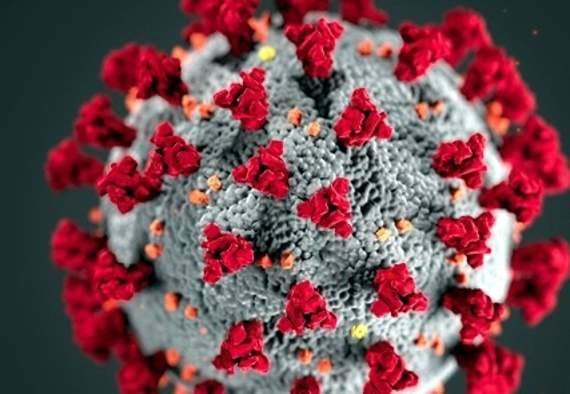 Nearly 300,000 people in Devon – more than a quarter of the population – have had their first Covid-19 vaccine, latest NHS England figures show.

The statistics, which provide the position as of February 7, show that there have been 284,342 vaccinations in the county, with 271,603 of them being the first dose. Just under 70,000 vaccinations were carried out in that seven-day period.

The figures for Devon, which will have risen in the most recent days, are by far the highest number of vaccinations for any of the regions within the South West – double that of Cornwall – and they show that 27.1 per cent of the population had received their first jab. This is up on the 20.5 per cent as of January 31.

With estimated adult population of the Devon STP area being 999,049, the 271,603 who had received their first dose, means that as of Sunday, 27.1 per cent of Devon’s residents had received at least one dose of the vaccine. Those numbers will have risen since, with Thursday morning’s Team Devon Local Outbreak Engagement Board meeting hearing the number was now just under 300,000.

The statistics show that as of Sunday, of the 79,525 estimated population of over 80s within Devon, 76,193 had received their first vaccine – a total of 95.8 per cent, with 10,897 – 13.7 per cent – having also had the second dose, with Devon’s population of over 80s is significantly higher than every other region – more than double in some instances

And 98,551 under 70s, primarily those employed in health and social care settings, although some in the next cohorts from the priority list, had received the first dose of the vaccination as of Sunday – 12.5 per cent of the total under 70s.

Health chiefs say that the remain confident that all of those in the top four priority groups – all those in care homes, health and social care staff, and those over 70, will have at least been offered a vaccine by Monday, and that so far, 84 per cent of them had received their first vaccination.

He said that all but eight care homes where Covid-19 outbreak had been in progress had now been vaccinated, and that they were ready to start on cohort 5 – the over 65s next week.

Dr Johnson said: “Given the high proportion of older people in the county, it is testament to good work to keep up with other areas who don’t have so many old people.”

He said: “It looks like we will get at least 90 per cent of the population having the vaccine, so a significant number who were hesitant have been persuaded.”

The Team Devon meeting also were presented with findings from Living Options, who had been asked jointly by Devon County Council and Devon Clinical Commissioning Group, to contact a wide range of partners to gather their perspectives on how their often vulnerable and hard to reach service users were understanding the new Covid-19 vaccination programme

The report said: “A positive majority of respondents will not reject having the vaccine and feel that prevention is better than a cure. They feel that, though there may be risks attached to it, as nothing is free of side effects, healthy people are dying and they would rather give the vaccine a go.

“The biggest concern was about possible side effects as the testing is seen to be for a much shorter amount of time than normal. There is confusion for many on the practicalities of when they might get the vaccine and difficulties in knowing where best to look for accurate information. It feels for some like there are inconsistencies in provision across localities and this can be hard to understand/accept.

“Many communities, including BAME and learning disability, are identified already as being disproportionately affected by COVID-19 and this inequality is further compounded by a lack of translated resources about both Covid rules in lockdown and information about the vaccine.

“Accessible information including alternative languages, Easy Read, BSL and for those who are hearing and / or visually impaired is essential.

“Other communities that might be more vulnerable to Covid are homeless people, refugees/asylum seekers, those in custody, and Gypsy/Romany Travellers, so it will be vital that strategies are in place to vaccinate these as soon as possible.

“Alongside making the vaccines manageable to all communities the actual vaccination centres must also be as accessible as possible. Many people live without anyone else to offer practical support to help them so this must always be understood, and provision made to ensure that they are equally able to access information / the actual vaccine.

“Poor mental health is an increasing concern, and the vaccination programme offers hope that the pandemic may start to get a little easier to live through and there is good understanding of why certain groups have been prioritised.

“However, those who are vulnerable, but not in a priority group, may feel they have to ‘shield’ until they receive the vaccination to remain safe. This is likely to increase feelings of loneliness and isolation. There is also an increased reporting of those who have serious agoraphobia/OCD, among other conditions, because of the key messaging about how COVID-19 is transmitted. This can stop people being able to leave their houses so provision needs to be made for people in this situation to enable them to access the vaccine.”

There are now five methods by which the vaccine is being rolled out across Devon.

All four of the county’s main hospitals – in Plymouth, Exeter, Torquay and Barnstaple – are giving the vaccination to priority groups in line with national guidance, while GP practices are working together in groups to set up local vaccination centres, and across the county, 20 centres are now in operation, serving all of Devon practices.

GP-led facilities are delivering the vaccine to residents and staff in care homes, while pharmacies have started to deliver the vaccine, and the mass vaccination sites at Home Park in Plymouth, and Westpoint Arena just outside Exeter became operational with thousands of vaccines a day to be delivered.

Every Devon care home has been vaccinated as well, except for those where there were active outbreaks.