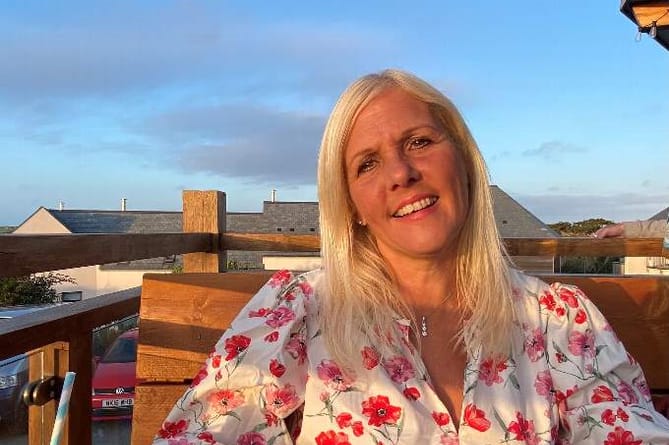 Councillor Nicky Hopwood would like to thank the residents of Woolwell for their support after a GofundMe page was set up to reimburse her, after she organised garden waste collections for her constituents from her localities budget.

At a meeting of the South Hams District Council Executive, Councillor Hopwood made an unreserved apology for bringing the Council into disrepute and misusing her Locality Budget when she organised for a private contractor to make a one off collection of brown bin garden waste.

A tearful Councillor Hopwood said she would pay the £3105 from her own pocket.

She said: “As soon as I got home I paid the invoice and during the course of the evening flowers, wine, other gifts and messages of support appeared outside my front door.

Council leader and opposite number disagree about local reorganisation

Have your say about future development in the South Hams

I feel humbled and would like to thank everyone.

I was asked to consider my position by some Councillors but I will never resign.”

Simon Smith organised the fundraiser which by 2pm on November 16 had reached £2496 with 310 donors. He said: “Outstanding community.

“I didn’t think it would get this far in such a short time.

This is why I love Woolwell.”

Woolwell resident Lindy Scott wrote: “She was backed into a corner and forced to either pay the money herself or resign. I knew she would not resign so she did the latter.

I know there are protocols that have to be followed but do the council take no responsibility for their actions in leaving brown bins filled with stinking garden waste.

Nicky has represented us for 20 years and goes much farther to support us than any other councillor I have come across.”

Meanwhile Liberal Democrat Councillor Julian Brazil issued a statement on behalf of the opposition “On the October 14 South Hams District Council Executive voted to continue with the suspension of the brown bin collection. They also specifically ruled out and a one-off collection of the bins.

“Cllr Hopwood, as an executive member, voted for this continued suspension and the decision not to provide a one-off collection. Two days later she announced on her Woolwell Facebook page that she had organised for a one-off collection for her ward, and this would be paid for from her locality budget funded by South Hams taxpayers.

Not only was this hypocritical, it was probably also illegal.

SHDC tried to switch the payment from Cllr Hopwood’s locality budget to the general waste collection fund – again paid for by South Hams’ council tax payers. Surprisingly, the monitoring officer advised that this was perfectly legal. Opposition councillors were highly critical of this move.

“If Woolwell residents could have their brown bins emptied, why couldn’t the rest of the South Hams follow suit.

“And what about residents who had already paid for a one-off collection, would the council be refunding them.

“It was clear that the position was untenable and at this point Cllr Hopwood agreed to pay the bill.

“What advice was Cllr Hopwood given and who decided it would be a good idea for the council to pay the bill.

“How could Cllr Hopwood, an experienced councillor and a member of the executive, misinterpret the advice and offer to pay from her locality budget.

“We now have a situation where some residents have had their brown bins emptied, others have paid for the service or taken them direct to recycling centres.

“What happens if you are unable or unwilling to pay or transport your garden waste.

“Opposition councillors have continually argued that the council should provide a one-off collection of brown bins.

This is yet another example of the ridiculous position South Hams residents find themselves in when it comes to waste collection. As it stands, we have three collection regimes (that’s if your waste is collected at all), no garden waste collection despite the fact residents have paid for it and no end in sight to the continued chaos. Residents deserve so much better.”

She hoped the Council would pay the bill so that she could get the credit in her ward for getting the brown bins emptied. At the same time the rest of South Hams had to do without a collection. The Council’s solicitor was having none of this and Cllr Hopwood was forced to apologise for her breach of the Council’s code of conduct.

Rather than face up to her wrong doing and pay the bill of £3150 Cllr Hopwood was hoping that her colleagues on the Executive would persuade the Council to settle the bill on her behalf.

This matter came before the Executive Committee last Thursday and Opposition Members along with a Conservative Member made it clear that any such payment would bring the Council into disrepute and that there was no obligation on the Council to make payment.

Cllr Hopwood’s Executive colleagues decided to drop the idea of a payment and common sense prevailed. It is a pity Cllr Hopwood has now gone to the press and TV claiming she has been hard done by even though she broke council rules”.