Love is the key for one lucky couple 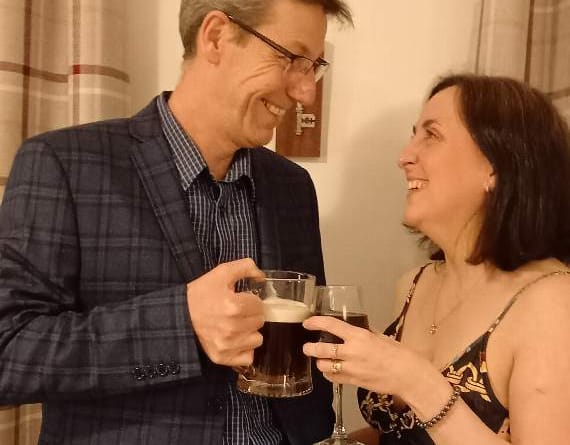 One South Hams couple unlocked the key to love more than a decade ago and are still going strong this Valentine’s Day.

Bob and Viv, from Ivybridge, first met in 1999 when Viv called Bob, 52, to replace the locks on the house she’d recently moved into. Viv saw a locksmith’s van parked in the road outside her house, so she called the number on the van. She didn’t realise the locksmith, 52-year-old Bob, was also her neighbour! They’ve been married for nearly eight years.

Viv, 45, who owns and runs Sweeney Toddlers parent and toddlers play group in Ivybridge and South Brent, added: “I saw a locksmith’s van parked in the road so I assumed a neighbour was having their locks sorted and I’d take that as a good recommendation and call the number on the van. We’d not long moved in and so wanted to change the locks, just to be on the safe side.

“When I called Bob explained that he actually lived next door so he popped round that evening. He changed the outside door locks and repaired some other locks in the house.”

At the time, Viv was with her previous partner, as was Bob. The two couples became friends. They remained in touch on and off but got together in 2009 after Bob’s marriage had ended, prompting him to look up old friends through Facebook. Viv had also split from her previous partner. The couple met for a drink and the rest, as they say, is history! Bob proposed on holiday in Cornwall in 2011.

Bob, who owns ASAP Locks in Ivybridge and is a member of the Master Locksmiths Association, recalled: “We both love the countryside and had been out for a long, cold walk around Deerpark Forest in Liskeard. We were staying in a woodland lodge and had got back soaked – like a couple of drowned rats – and that’s when I popped the question!”

They married in 2013 at Bodmin Jail. Bob added “It suited us perfectly, really different – and the locks and keys thing obviously had significance for us!”

Of Valentine’s Day, Viv joked: “Bob isn’t really into the mushy stuff – Bodmin Jail probably tells you that! But this year we are going to make a bit more of an effort with Valentine’s Day; it feels like we need something a bit different to look forward to, when every day can feel a bit the same! Normally we celebrate our wedding anniversary by going away or at least going out for dinner, but we obviously weren’t able to do that this year. Chinese and bottle of wine it is!”